An overview of April 2018. International Dark Skies, Fingers in the Air and Kamiokande

I spent the last month pretty much entirely overseas, in the most extraordinary landscape of New Zealand. Travelling from the North Island to the South Island this was the most remarkable adventure, seeing whales and dolphins out at sea, ancient glaciers, colossal waterfalls, and the clearest imaginable night sky. Indeed, we stayed in the quite amusingly named Twizel and visited the International Dark Sky Reserve, the southern hemisphere’s sole dark sky reserve and one of only eight in the world.

Travelling for 48 hours non-stop back home was something not to relish, but catching up with movies en route was a joy. And it was back to harsh reality once landing in the UK, but we thankfully missed out on the snowy adventures back home! And of course, almost within moments of landing, it was back to deadlines and work.

Fingers in the Air, choreographed by Juanjo Arques, premiered in March with Dutch National Ballet, and was exceptionally well received. It was most unusual in that the audience could decide which way the dance could go live on stage. With a voting system they could decide on solos or groups for example. The score reflected these changes and would slow down, speed up, or fade away. Watch a clip here to get an idea for the show.

My new BBC commission was aired in March and will remain online for a little while longer so you can listen back. The Poetry of Instagram explored how poets and readers all over the world have responded to using new technology to share their words and thoughts. The show focused on the celebratory Instagram poet Rupi Kaur and how the medium itself is influencing the actual form and style of poetry itself. There’s an element of Hallmark Card sloganeering about some of the work that is shared but it offers up an intriguing picture of how the tools of our trade affect our creativity.

Now I’ve long been familiar with the work of German photographer Andreas Gursky, and especially how his images capture a world that we recognise, on such a grand scale, frequently dystopian, unsettling, abstract and utterly unforgettable. At present Gurksy is exhibiting his work at the newly refurbished Hayward Gallery in London, in his first major UK retrospective, and in celebration of this, London Sinfonietta has been curating a series of nights of new music inspired by the photographs in the show.

So they invited me to respond to a photograph of my choice in the show and write a piece of music inspired by it. I chose his extraordinarily Kamiokande photograph, an image so striking, and the sheer scale of it absolutely overwhelming. Kamiokande is an enormous tank of water in Japan, fitted out with phototubes buried deep underground. I read that only a handful of supernovas happen in our galaxy every century, super-energetic events that release neutrinos at the speed of light. So at Super-Kamiokande, as it’s known, in Japan, a computer system has been installed in order to monitor in real time and inform the scientific community of the arrival of these mysterious particles, which can offer crucial information on the collapse of stars and the formation of black holes.

It’s also situated a kilometre underground, deep inside a Japanese mine, and curiously it’s a space about observing, awaiting change, something which makes me think of Gursky himself and his continual search for new visions to capture. Anyhow you can hear the world premiere of this next week at the Hayward Gallery in London on 4th April,where I shall be performing live with players from the Sinfonietta in the gallery.

I’m also off to Athens in Greece this month to perform at the Borderline Festival, in collaboration with artist and performer Maria Papadomanolaki. We are preparing something very special for this evening, where Maria will broadcast her movements around the city into the theatre space itself as I build up a live score to accompany her. The show is free so anyone who happens to be in town please come along, but remember to book tickets! I’m also giving a talk on the same day at 12.00 at E.D.W. 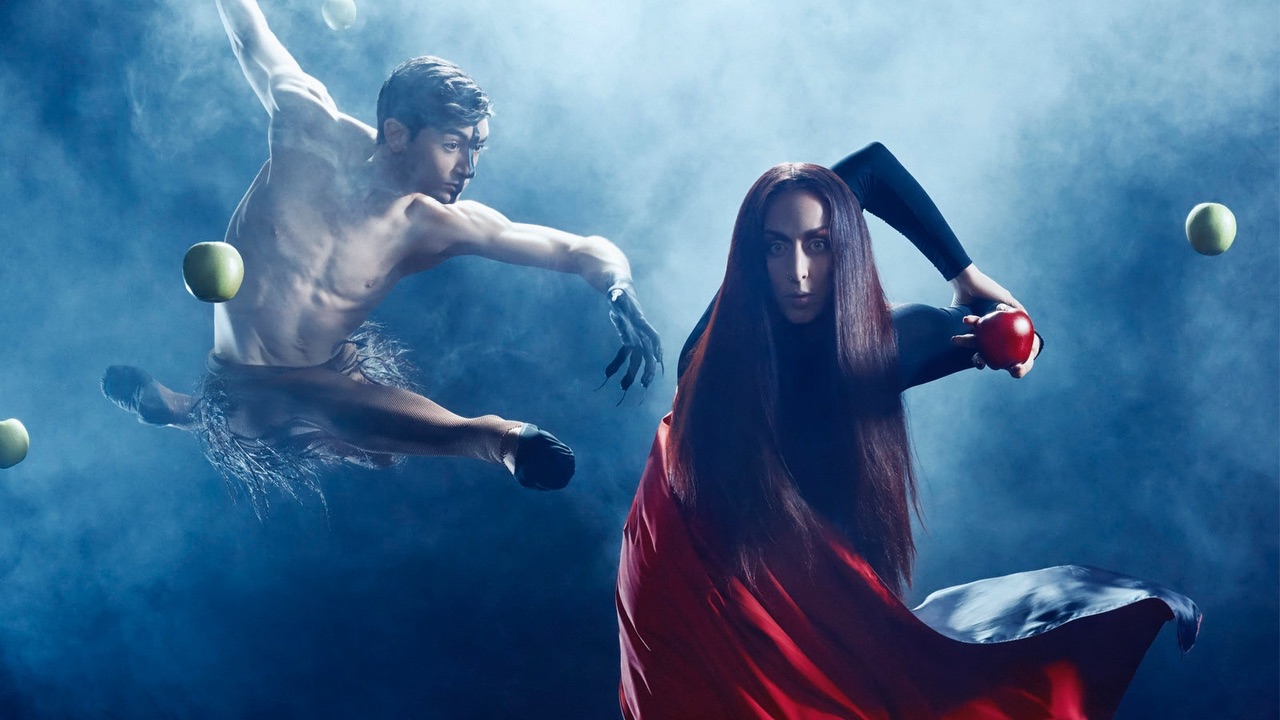 Then in rather a jet set manner I shall dash over to Amsterdam to attend the premiere of GRIMM with Dutch National Ballet, the follow up to our Narnia show a couple of years ago. GRIMM is a very exciting collaboration between the Junior Company and ISH Dance Collective, and is thus an encounter between ballet and other dance forms, like hiphop. The two dance styles complement one another in a spectacular way in GRIMM and the score I’ve written reflects these alternative styles.

As you might imagine GRIMM follows the tales that you might be very familiar with, with Red Riding Hood and the wolf, the seven dwarves, Rapunzel, Snow White, the witch, Cinderella and other fairytale characters in succession. They get mixed up in exciting adventures, in which all sorts of elements from well-known fairytales are jumbled up in a lively parade of fairytale characters. Ticket sales for this show have been remarkable, where my Facebook Page has almost turned into a ticket exchange and sales service! We’ve sold out the majority of the live dates for the next six weeks which is thrilling too.

April closes with a very special show indeed in London, where I’ll be supporting the legendary American pianist Harold Budd in his first London show in 17 years. I’m truly humbled to be invited to perform at the Union Chapel on 28th April with him, and I’m sorry to say that the show completely sold out days after it was announced. A second night has been added but I’m not performing there so for those that can make this I can’t wait to share new music with you all.

Release wise there are a few special items around at the moment. Firstly a joint 12” collaborative EP with American musician Terre Thaemlitz is coming out on Premature Recordings this month. It’s already sold out at source but some are apparently available at some online record shops still, so hurry up as there’s only 200 copies of this available. It’s worth checking out for the artwork and title alone, Terre Loves Robin 😀 And no, we don’t feature in the artwork 🙂 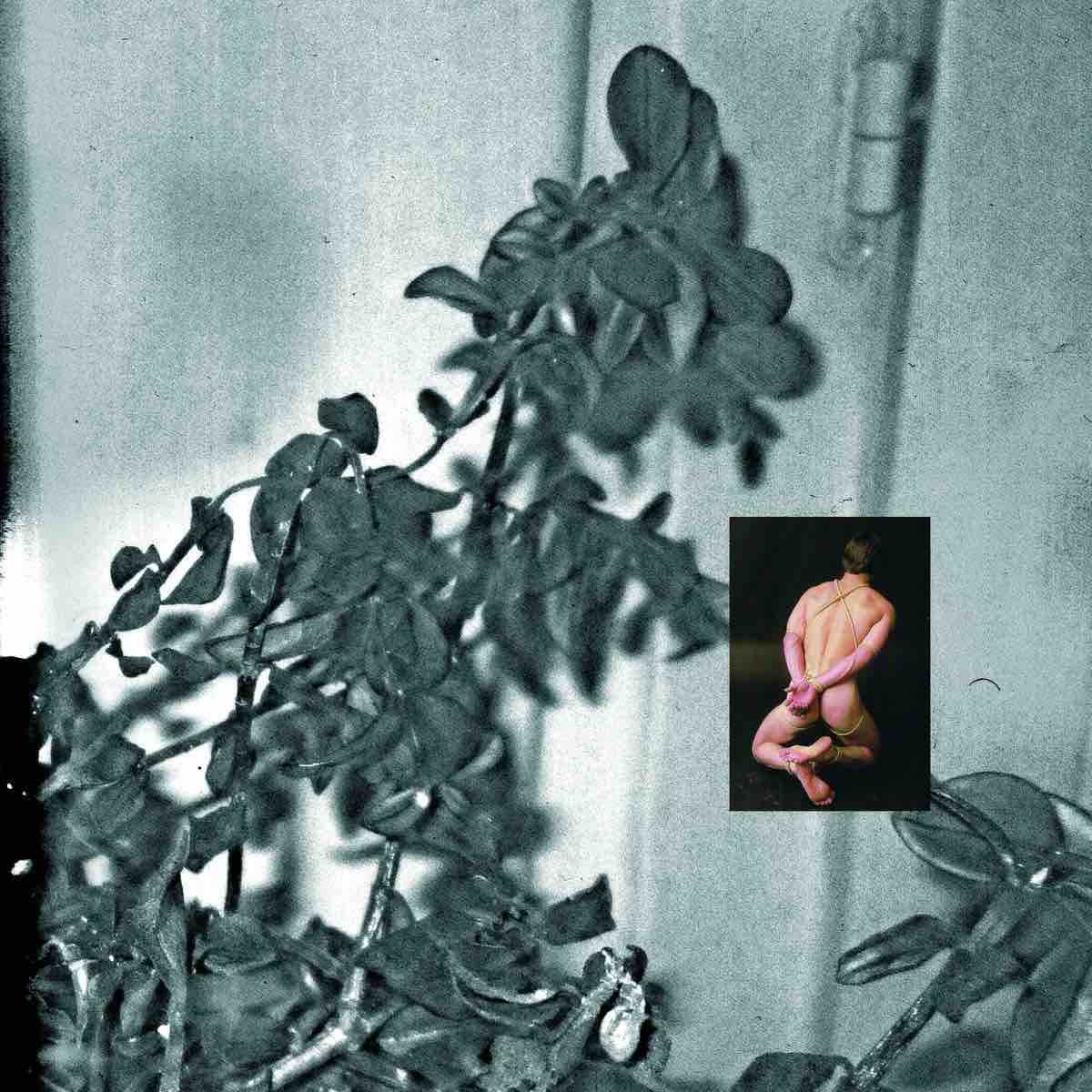 Record Store day is fast approaching too, and with it a very rare item from my vaults. A very limited edition 12” vinyl from Childhood Electronix, with only 150 copies worldwide, features a long tune of mine from 1996, the first of a series of archive releases to emerge this year. It’s distributed by Small Black Dots, but no, I have absolutely no idea where to get this from either 🙂 You can still pick this up on my Bandcamp Page.

Tone Science Module No.1 Structure and Forces came out on Tone Science / DiN last month too and has been received extremely positively. Indeed if you happen to catch this newsletter in time some of the artists, myself included, will be chatting online about the album, answering questions and generally acting nerdy about electronic music and modular synths on Sunday 1st April on DivKid’s YouTube channel. You can of course tune in later on and listen back to the show.

And so another month rolls on. I’m heads down writing music for a film that premieres at the Cannes Festival Festival 2018 in May, but will write more about that when I’m officially allowed to, as well as a few remixes for other artists and well, all manner of projects that keep me out of trouble!

As ever thanks for your support and hope to see some of you in person at one of these event soon.

::: watch :::
Realive: Mateo GilWonderstruck: Todd HaynesWhitney: Can I Be Me?: Nick BroomfieldGet Out: Jordan Peele

This site uses Akismet to reduce spam. Learn how your comment data is processed.